The Black Triangle. The history of those persecuted as ‘antisocial’, 1933-1945

Homeless people, sex workers, single mothers, large poor families, the long-term unemployed. This is only a fraction of the highly diverse group of people who were labelled ‘antisocial’ by the National Socialists between 1933 and 1945. This exhibition tells their stories, in both Germany and the occupied Netherlands. Here, too, approximately 2,700 prisoners in the concentration camps were labelled ‘antisocial’. Never before have their stories been researched and told. Additionally, during and after the occupation, Dutch families who were judged to be ‘antisocial’ were ‘re-educated’ in isolated camps in the countryside. In the exhibition, this long-hidden history is told. Personal stories and poignant documents and objects are complemented by illustrations by Rob Worst.

On display at the Freedom Museum from 21 January until 6 November 2022. 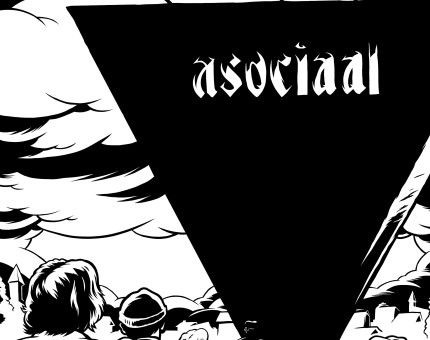