Commemoration of victims of the V1 bombing of the Waterkwartier February 18, 1945

On 18 February 2020, it was 75 years ago that the V1 bomb hit and we commemorate the victims of this disaster with former and current neighborhood residents, children from the Aquamarijn childcare center and other interested parties and organizations.

February 18, 1945 a German Flying Bomb (V1) falls down at 5.28 am in the Waterkwartier in Nijmegen. Four people are killed and many people become injured. Also many houses are completely or partially destroyed and therefore uninhabitable. The residents had to go live with family in the area or be taken care of elsewhere. This event has a major impact on the neighborhood, where during the war the inhabitants got used to coming V1s and to grenade impacts by shooting the Germans from the Betuwe. In the event of an air alarm, the residents go into the shelters, which they sometimes made themselves in their garden. Also, many British soldiers were billeted with the residents of the Waterkwartier during this front city period. We know that they are from the 49th West Riding Infantry Divison 'Polar Bears', which have Nijmegen as their base during this period.

After the war, the residents of the Waterkwartier placed a memorial in the garden of the current Clarissenklooster, but when new construction was realized, this was removed. In 2010, at the initiative of former resident Anton Ruijters, a commemorative plaque was realized, where a commemoration of the victims takes place every year and once every five years a large, official commemoration.

The exhibition has been produced thanks to financial support from the municipality of Nijmegen and 75 jaar Herdenken. 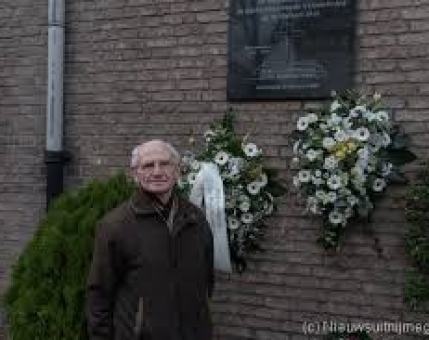 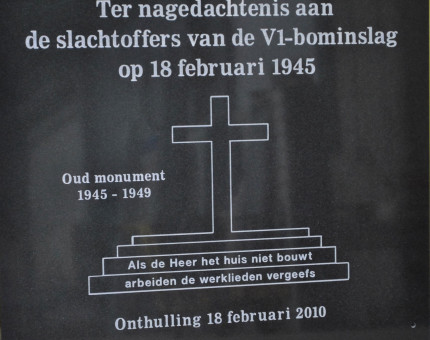 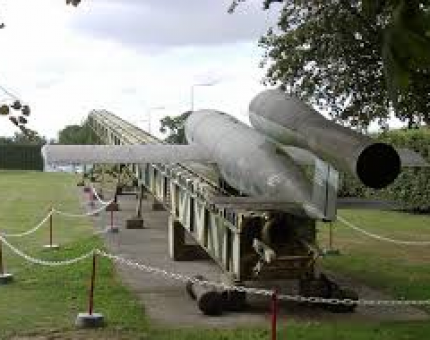