Cafe van Lin 1944 is an exhibition in the original building of Cafe van Lin. The building has not been used as a cafe for years, but in the context of 75 years of liberation, the interior will be restored to its original state of 1944 as much as possible. In the cafe the stories are told of the Van Lin Family, the occupiers and the allies. How did they spend the days in the time of war and liberation.

The care of the soldiers was taken seriously on both the Allied and German side. In between fighting, the soldiers sometimes had to wait a long time before they were deployed. The fear of being wounded or killed was constantly present. Various entertainment programs were organized for the soldiers to provide distraction and to keep morality high. For example, films were shown and special radio programs presented. But the evenings when famous names from showbiz went to the front to perform were unforgettable.

On December 4 & 5, 1944, the world-famous dancer, singer and actress Josephine Baker performed at Café van Lin in Overasselt. The van Lin family did not know at the start that she was a world star. 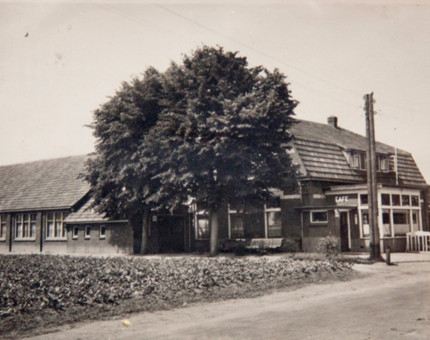