From 18 November 2022 until 9 April 2023, the Freedom Museum will host an exhibition about a special friendship between a Native American soldier and a boy from Nijmegen. A friendship which originated in a period of fear and violence, as well as heroism, courage and ideals. During Operation Market Garden Theo Smolders, who was 15 years old at the time, met the 21-year-old American paratrooper of Mohawk descent, Sgt. Albert A. Tarbell. They spent six weeks together and became friends for life.

This exhibition provides an image of their wartime experiences and of their friendship, through interviews, photographs and unique historical objects. In addition, visitors learn about the cultural identity of Albert, one of the thousands of Native American soldiers who took part in the liberation of Europe. The temporary exhibition ‘Albert & Theo’ is a collaboration between the Radboud University and the Freedom Museum, composed by Americanist dr. Mathilde Roza. 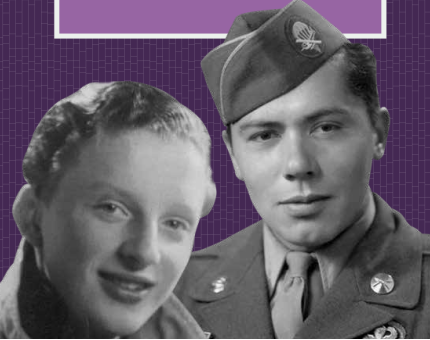