Photo exhibition 'A Bridge Too Far'

A unique look behind the scenes

The iconic film 'A Bridge Too Far' is the focus of the new powerful exhibition in the Infocentre WW2 Nijmegen. The film has fascinated many over the years and millions of people have seen it. Many are familiar with the images shown on the silver screen, but what was it like behind the scenes?

From 2 September to 15 November 2020, the Infocentre WW2 Nijmegen will show behind-the-scenes photos from the film set of 'A Bridge Too Far'. The photos were taken by Reineke Kramer, the production assistant on set at the time, and film extras Cees Lange and Ton van Roozendaal. Original images that not only show a different side of the famous film, but also capture a fascinating image of the 1970s.

The exhibition includes a digital presentation of a large collection of photos. Some images are also enlarged and shown at the centre as well as a selection of iconic objects from the film. Admission is free, just like admission for the Infocentre WW2 Nijmegen. It is not necessary to make a reservation, but keep in mind that only a limited number of people can enter in the Infocentre WW2 Nijmegen at the same time. 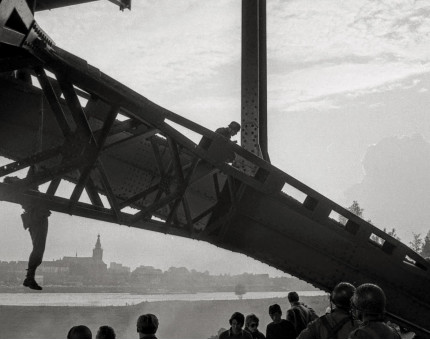